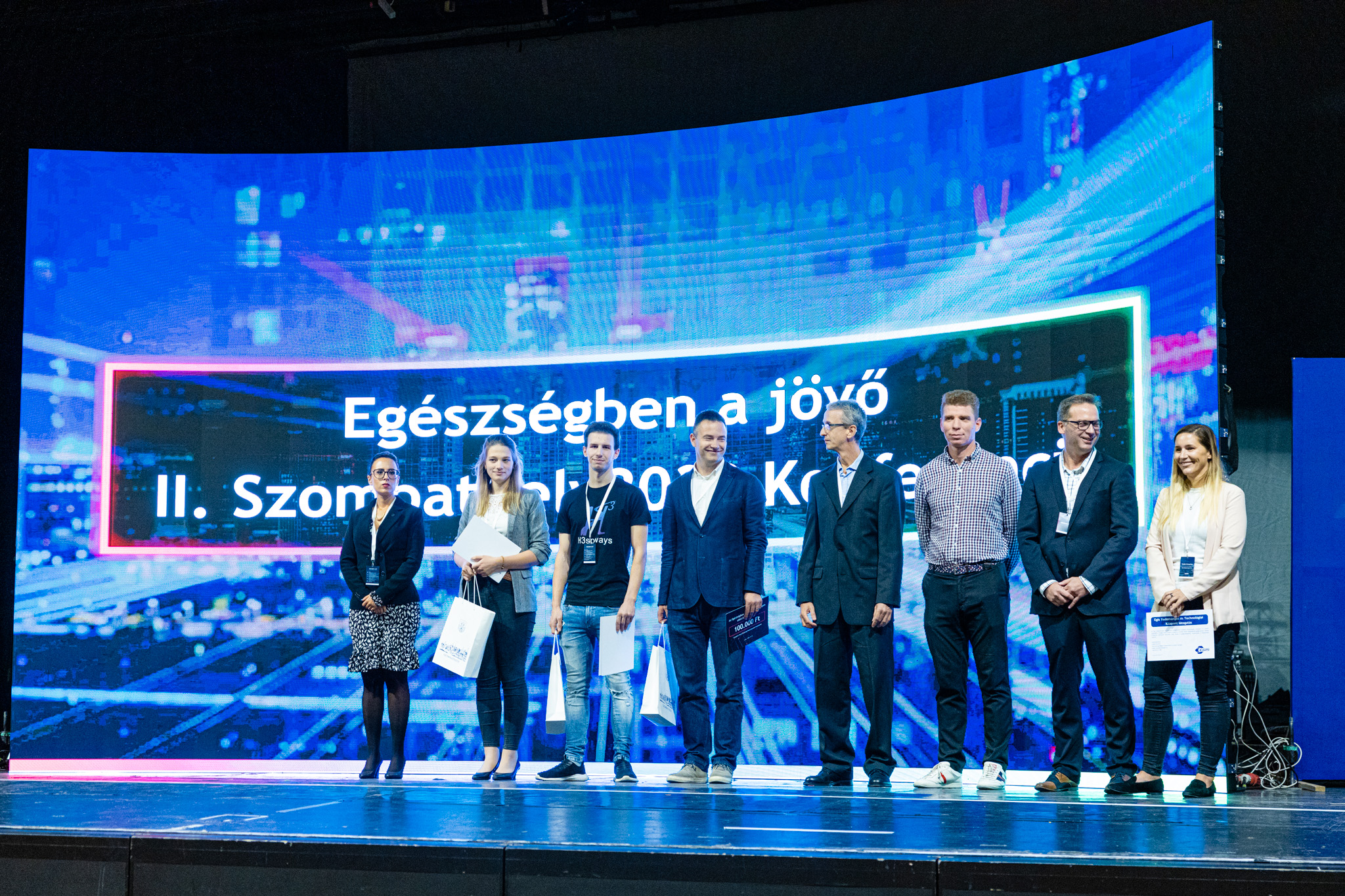 On 11 October, nearly 180 visitors gathered to attend the Healthy Future - II Szombathely2030 Conference at the Agora Cultural and Sports Centre.

The event was opened by Dr. András Nemény, Mayor of the City of Szombathely. In his speech, he highlighted the current challenges of the city, pointing out that for Szombathely it is of paramount importance to achieve the goal of of multi-footedness, which it intends to achieve by building on the health industry. Positioning the city in the health sector is one of the main objectives of the Szombathely2030 strategy and development programme. The professional presentations were opened by Dr. Árpád Rab, a futurologist, who presented to the audience in a very accessible but very forward-looking way, the future directions of the healthcare industry and digital transformation. After a presentation on the global environment of the healthcare industry, the regional players took the floor. Zoltán Pályi, Head of the Digitalisation Technology Centre of Egis Pharmaceuticals Ltd. presented the digitalisation megatrends in key areas such as cloud-based technologies, artificial intelligence, clinical trials, diagnostics and medicine. Afterwards, the Szombathely-based Aladdin Medical Ltd. and Sensomoniq Technologies Ltd. gave a presentation on their joint product development in the field of wearable health monitoring devices. 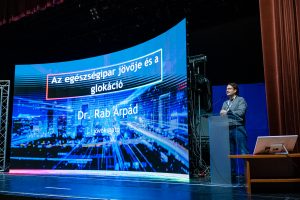 In the second block of presentations, businesses from three regions presented their development stories. Balázs Dorogi, CEO of Centipede Labs Ltd. introduced the audience to the topic of automated CT-based 3D reconstruction. Balázs Bakó, representative of Szintézis-NET Ltd., spoke about how their company grew from a start-up with a few people to one of the region's leading software development companies. Thomas Antalffy, who joined the event online, introduced the audience to the basics of Product-Market Fit and presented his own product development at Smart Respiratory. 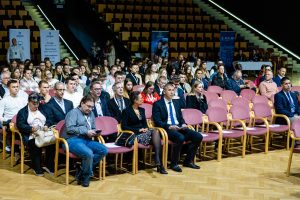 The highlight of the event was the presentation of eight startups to the professional jury, which had 3 minutes to present their ideas. According to the decision of the jury members delegated by the Szombathely Training Centre of the Faculty of Health Sciences of the University of Pécs, the ELTE Savaria University Centre, Egis Pharmaceuticals Ltd. and MAM Hungária Kft., the first prize and the 300 thousand HUF grand prize were awarded to the Dimedser team, who developed a remote controlled drug dispenser for dementia patients. Second place and 200,000 HUF financial support went to the H3spways team, whose application aims to speed up the flow of patient information in life-threatening situations where an ambulance needs to be called. The third prize of HUF 100,000 was won by the iPASy team, who have developed a new diagnostic method to diagnose prostate cancer, a disease that often affects men. The special prize, offered by Egis Pharmaceuticals Zrt., where the lucky winners can visit the Egis Science and Technology Centre, was won by the teams Dimedser and H3spways, based on the public vote. The podium winners received additional mentoring prizes courtesy of StartITup Győr Association and am-LAB Innovation Centre. 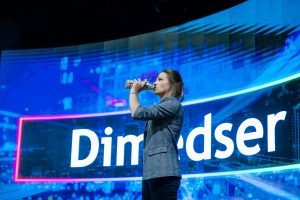 It was also possible to visit the stands of high quality exhibitors throughout the event. Several health-related companies were represented, including Aladdin Medical Kft, MAM Hungária Kft and Csimborasszó Pediatrics and Health Centre. Szombathely's social care organisation, the Pálos Károly Social Service Centre, and the Életkert promoting healthy and free lives were also present, and offered tastings. Throughout the event, all participants had the opportunity to try an InBody body composition measurement, courtesy of the Health Promotion Office. Three universities - PTE, ELTE, Óbuda University - also appeared with stands at the event. Two PBN departments were also present at the event. There were also short demonstrations at the stands of am-LAB, which focuses on the digitisation of manufacturing, and at.home, which focuses on the digitisation of care for the elderly. 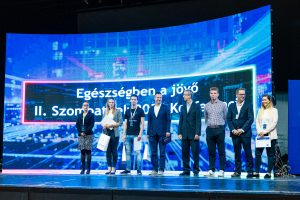 The main organizer of the conference and the startup competition was the Pannon Business Network Association and the City of Szombathely, but the event could not have been realized without the professional support and partnership of the INPUT Program and Szintézis-NET Kft.

Organisers and sponsors of the event: